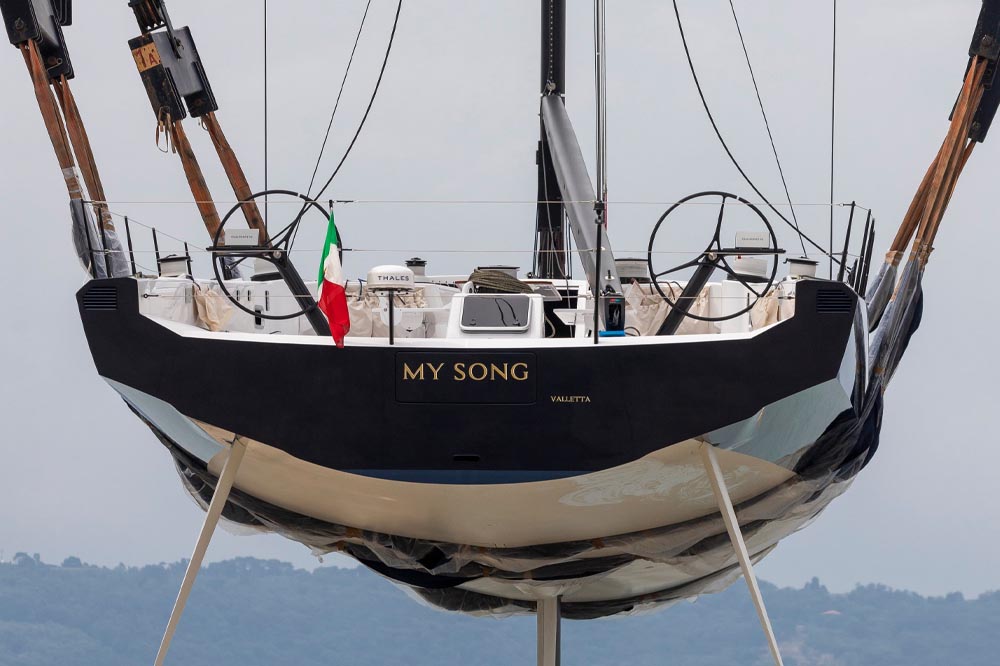 Nauta Design has been at the leading edge of a four-year project that ended on 23 June with the proud launch of the first ever ClubSwan 80 racer. As well as kickstarting a new one-design class, the rocket ship is the fifth incarnation of Pier Luigi Loro Piana’s famous My Song.

It marks 35 years of collaboration between Nauta Design and this dedicated owner. But it is the first time that Nauta and Nautor’s Swan have worked together. The Finnish boat builder coordinated the project with Juan Kouyoumdjian on the naval architecture, Nauta for the interior and cockpit design and Persico Marine as build partner.

Exposed carbon fibre, wafer-thin mahogany veneer and artful lighting will turn the first ClubSwan 80 yacht into a super stylish cruiser. The brief for Milan’s Nauta Design studio was to give a thoroughbred one-design racer a second character as daysailer and a super sporty cruiser.

It was a fascinating project from the off, with the client intent on establishing the best approach for an 80ft racing monohull. The final choice went for a canting keel and a forward rotating canard that would provide the best compromise between performance and usability. This evolved into the ClubSwan 80 one design, where the goal is to recruit further owners to develop a competitive racing circuit.

“The priority was speed, performance and fun, but the owner always likes to be able to use the yacht for a cruise with the family or with friends as well,” explained Nauta co-founder Mario Pedol. “He wanted to have good performance upwind as well as downwind - a rocket in both directions. After all, the first round the upwind mark has the advantage.”

Once the key design features had been established, Persico Marine was selected to build the high-tech carbon fibre hull and structures, cleverly engineered by Pure Design & Engineering. The second stage of the challenge for Nauta was to design an interior for this first yacht which took nothing away from the purity of the racing experience, while adding some welcome finesse and comfort for cruising with the family.

“We turned technology into elegance, thanks to Pigi’s inputs – inside it is all carbon,” says Pedol. “We worked in the base comforts for permitting cruising use of the boat: fridge, galley, some sort of aircon and showers.”

The solution was to create a modular interior that drew on lightweight furniture and fabric bags that could be quickly and easily detached and taken ashore.

Almost all the interior elements can be removed, from the gimbled oven and saloon tables to the carbon-fibre toilets in the three bathrooms. Just the bench seats in the saloon are built in, serving a structural purpose and doubling as watch berths when racing offshore. Even the simple aircon system is removable.

The king size bed in the master cabin can be split in two then flipped to create a twin cabin. The bed here, as in the aft cabins, can be quickly unfastened and removed entirely for racing.

Lighting was a major part of the design, which includes spot lighting and about 100 m of LED strings, mostly concealed inside the removable furnishings. In total it added just 4.5kg to the boat, after Nauta conducted a detailed analysis of the impact of different wattages. “Lighting was a massive topic on this boat,” says Martino Majno, sales and project manager. “Being a black hull, we’ve really played with three separate levels of lighting, starting with those needed just for racing, with discrete red lighting for night racing. For cruising, there are longitudinal indirect rope lights. We also played with functional, architectural lighting – focused on some specific areas.”

“Mahogany veneer is used sparingly around spotlights and in strips throughout the accommodation to provide a touch of elegance, and a welcome gleam that contrasts with the carbon fibre. “Mahogany highlights are one of the client’s signatures,” says Pedol. “The boat also showcases laminated linen counters and tables – where flax fibres are laminated into resin”. Pedol says of the design: “It has been a real four-way project with our great friend Pigi. Since 1986 and our first My Song design, we have shared the love for both racing and enjoying life at sea in general!” 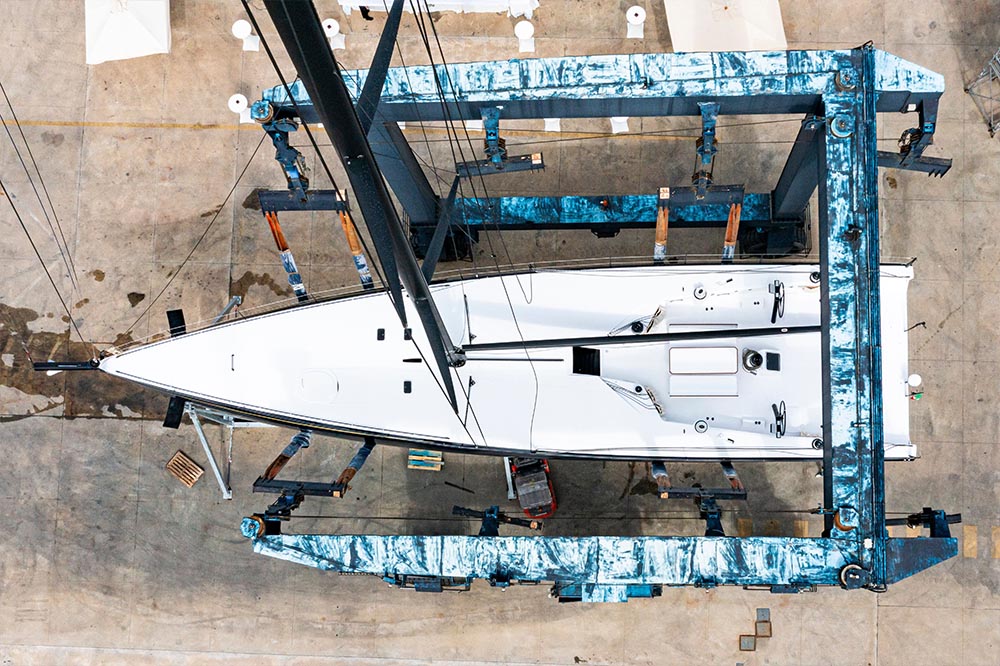 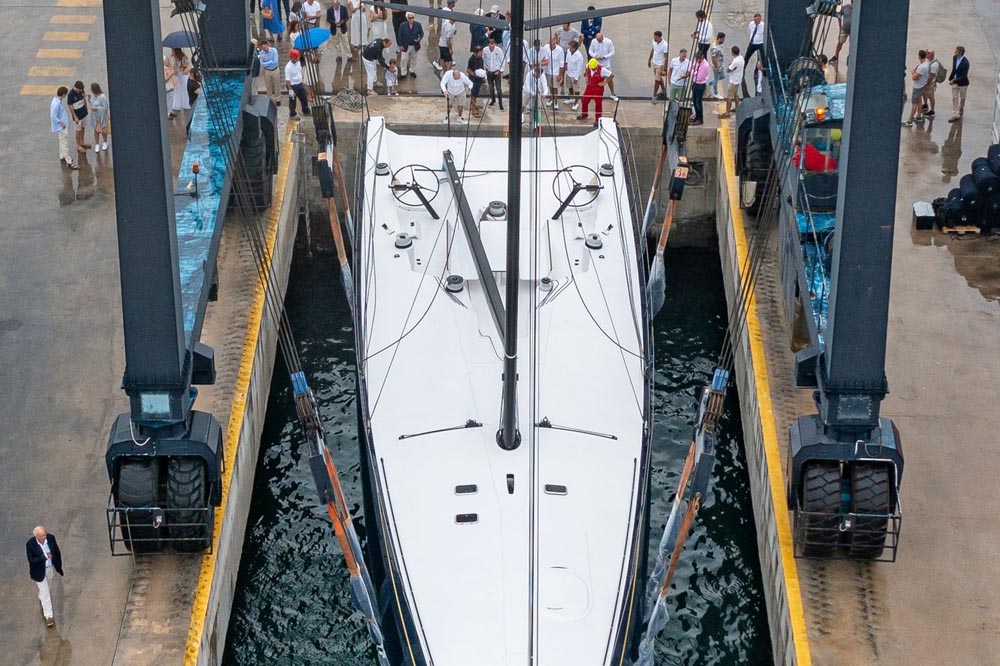 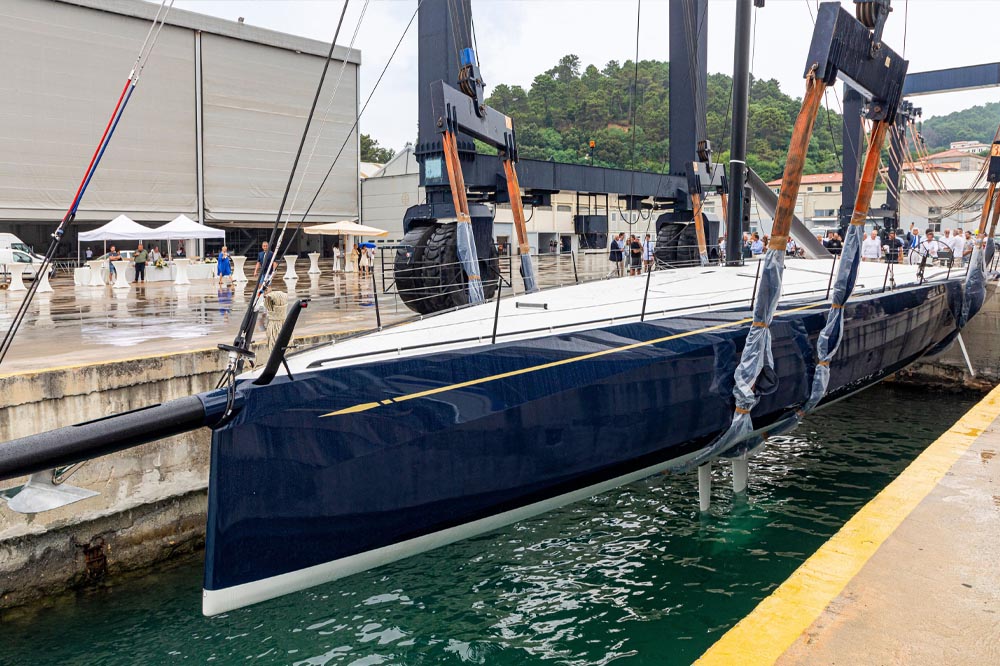 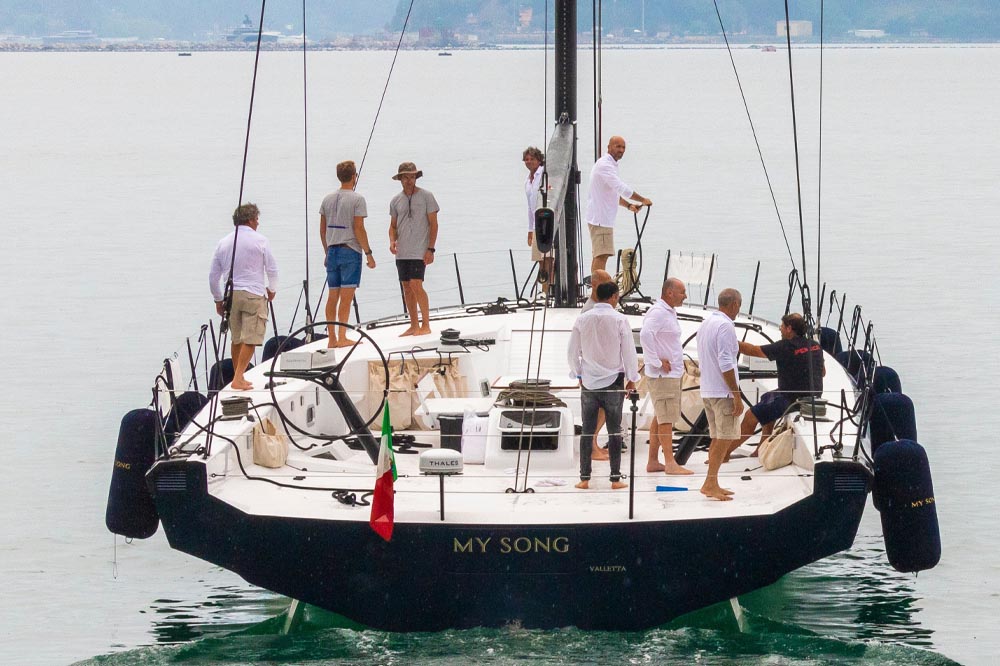 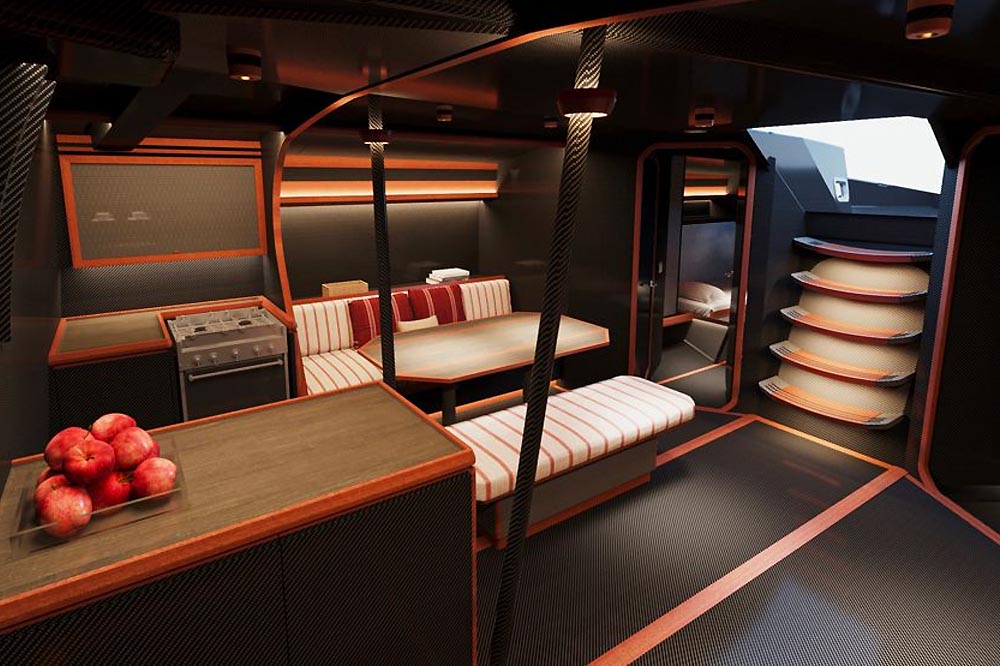 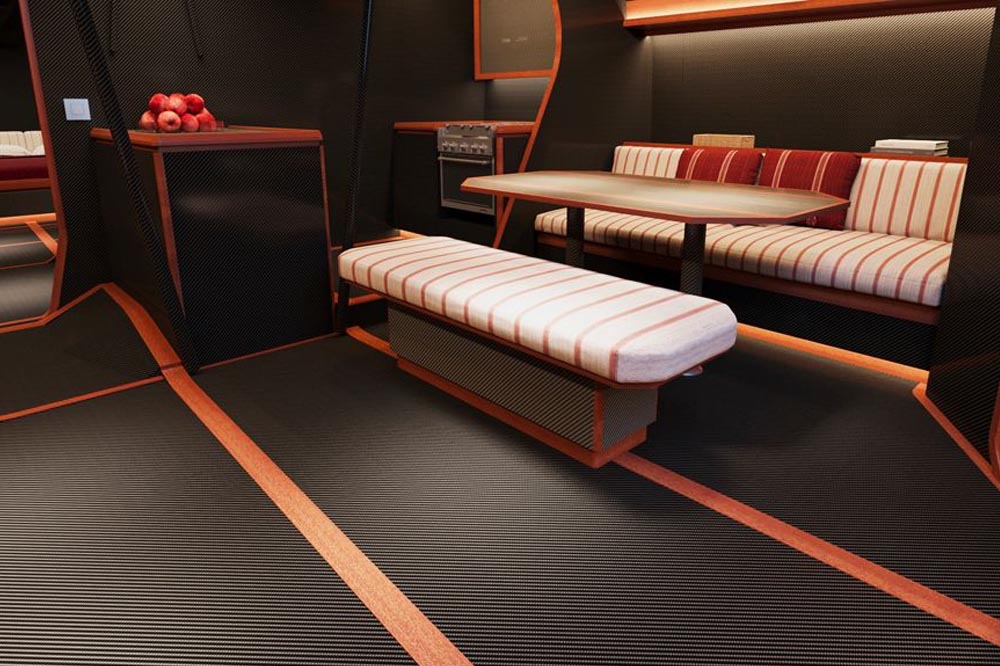 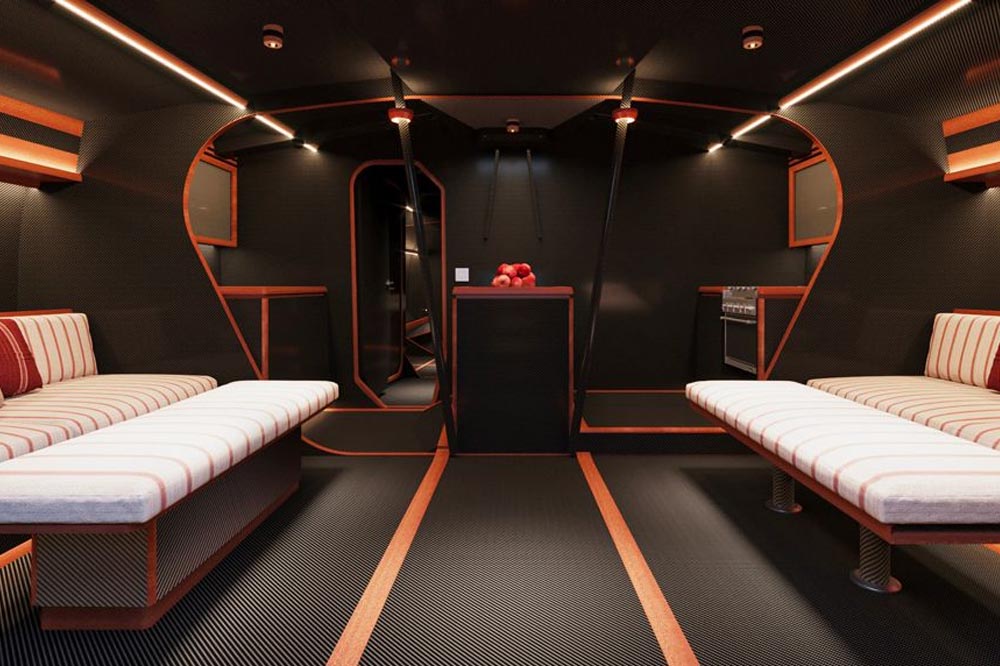 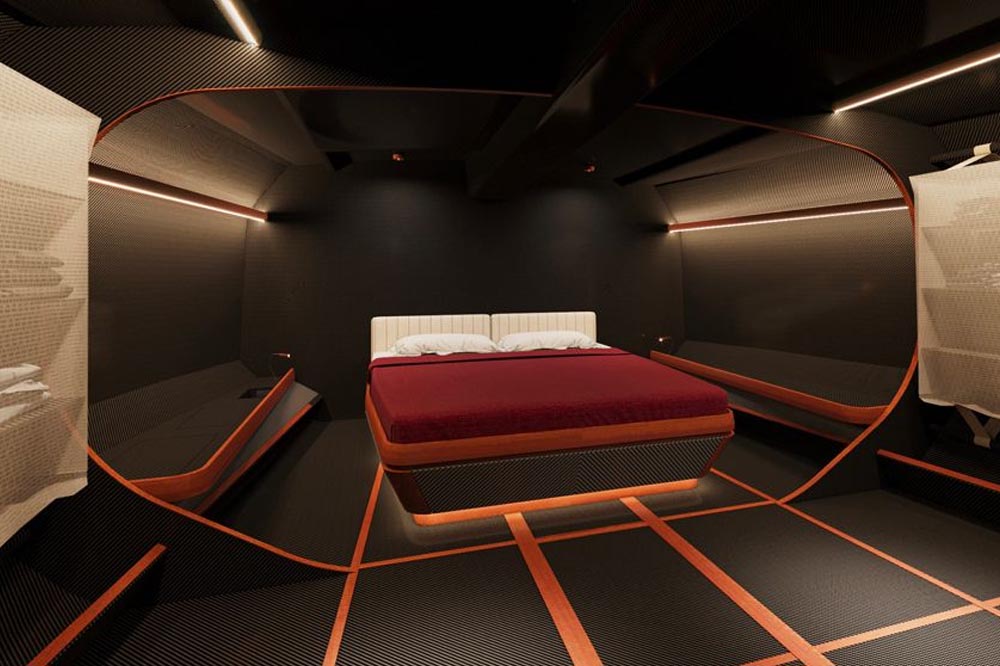 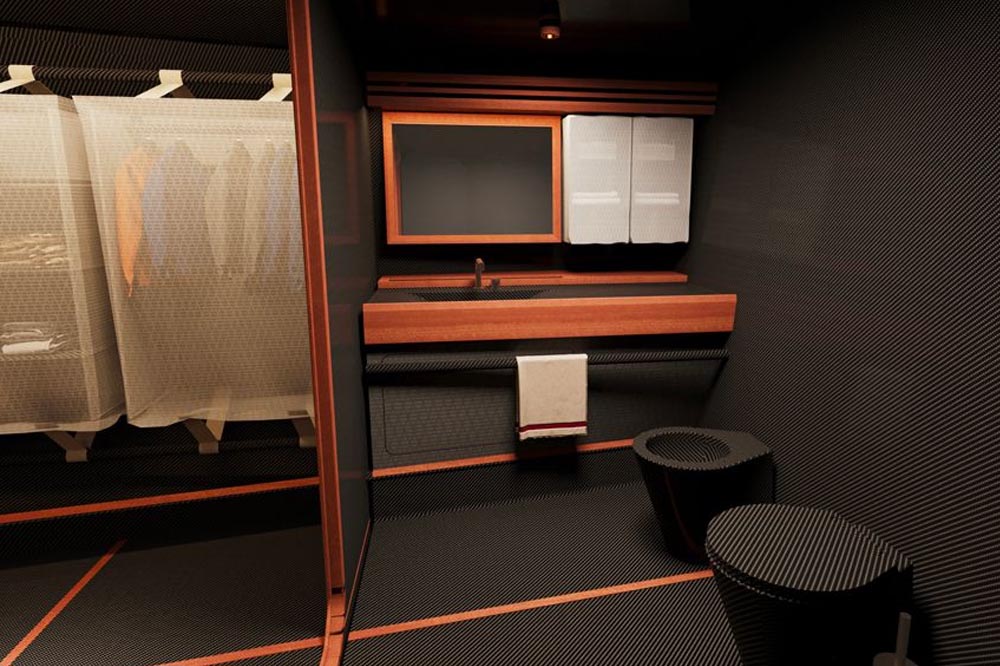 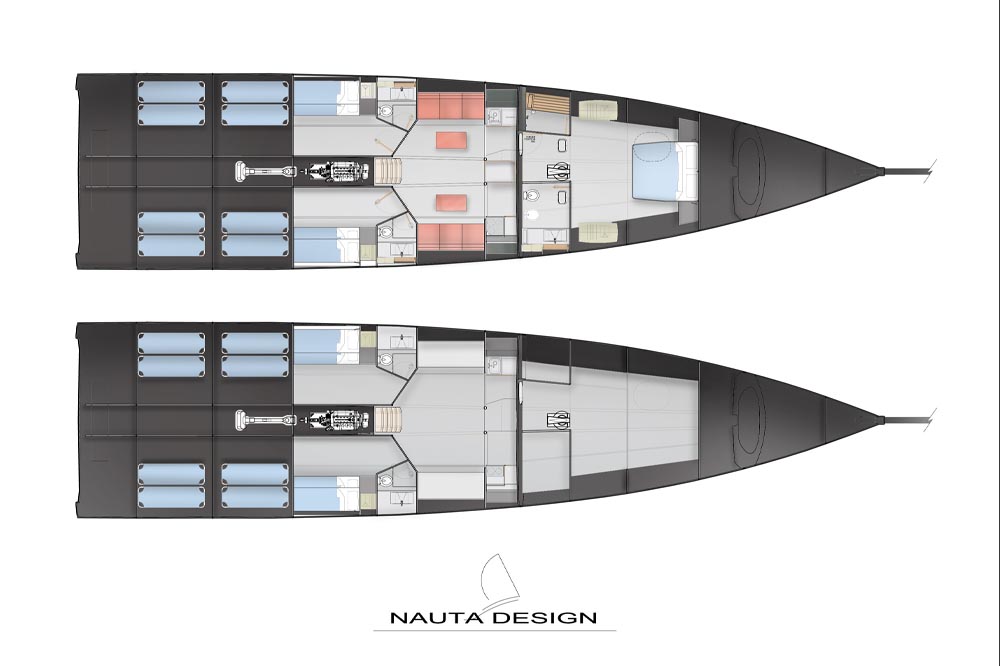 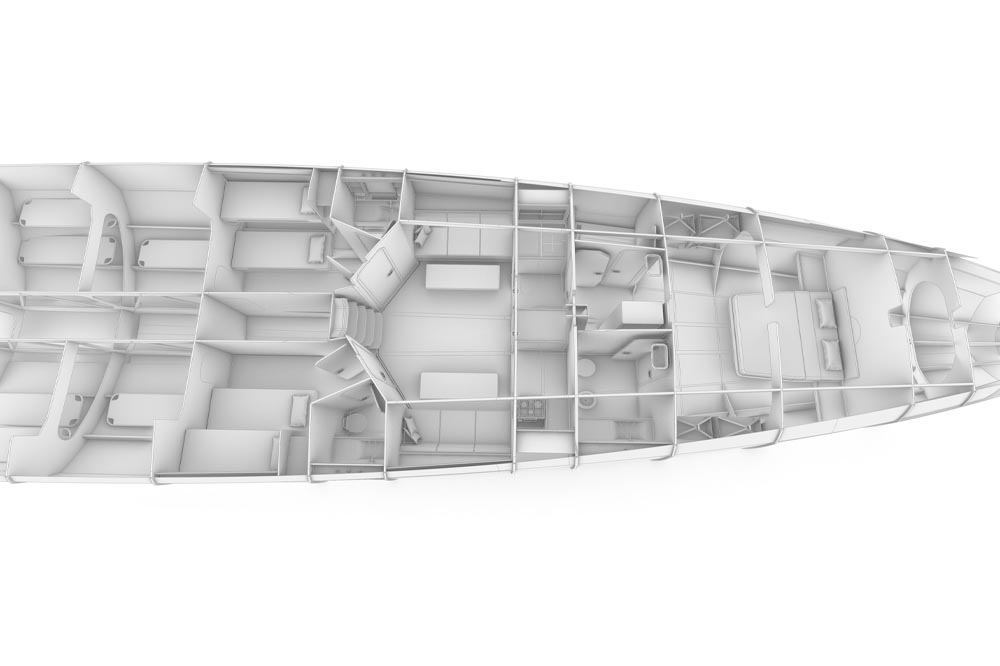 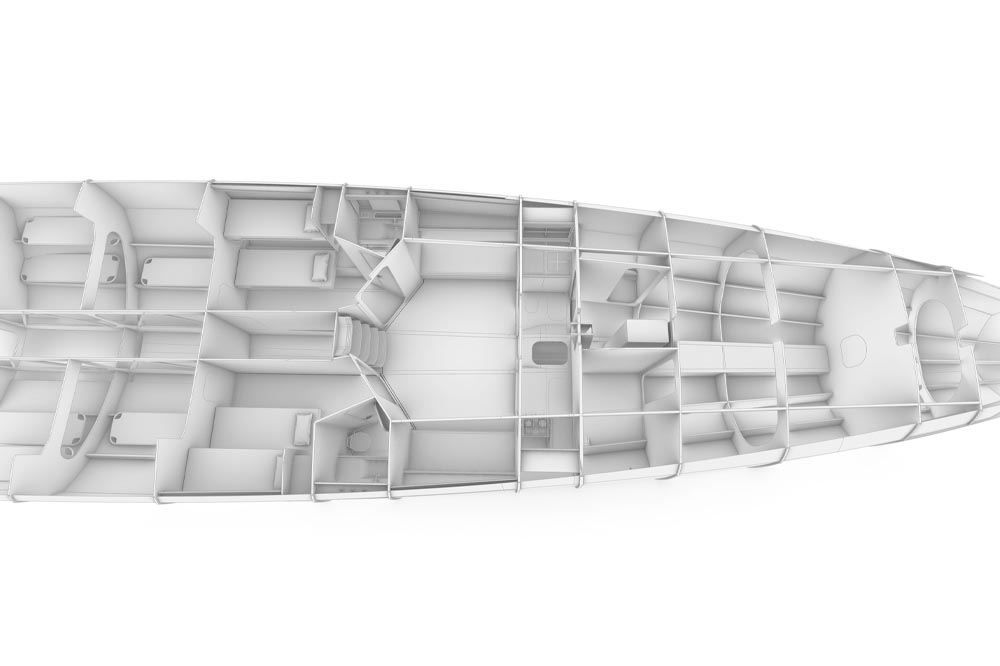 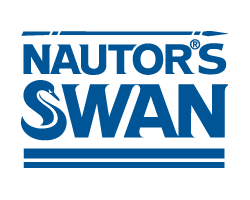 The difference between success and failure in digital is extremely simple and is based on the quantity and quality of visitors.